Olympics
[an error occurred while processing this directive] 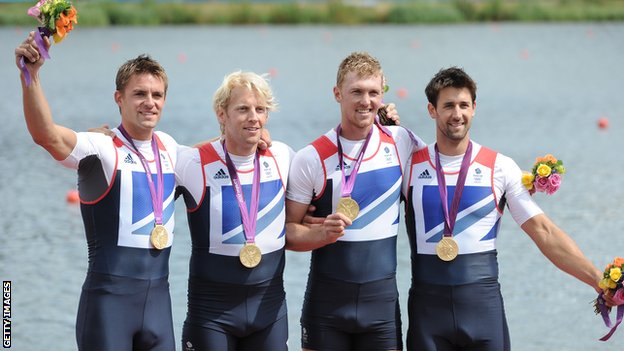 The 28-year-old was part of the coxless four that took gold for a fourth successive Games, edging out Australia.

"It still doesn't feel real, I managed to come home and see my son and girlfriend and watch it on telly," he told BBC Gloucestershire.

Gregory, who is from Wormington, has had the post box in his hometown painted gold as part of Royal Mail's mission to paint them in every British Olympic champion's home town, and also will feature on a specially created stamp.

The Gloucestershire rower's medal was one of six gold medals to be won by British athletes on 'Super Saturday' and the sixth medal in all to be won by Team GB competitors from the county. 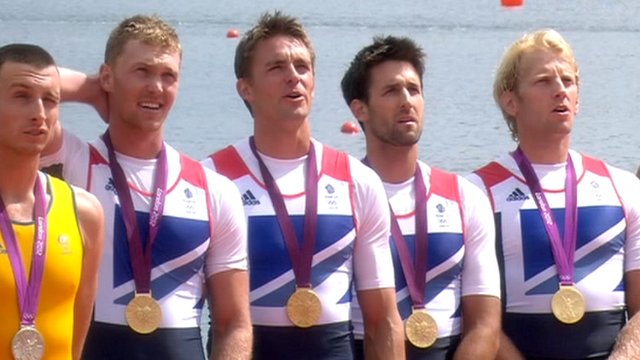 After being a spare at Beijing in 2008, an experience he described as transformative, Gregory says it means much more to have won considering the pressure from the public on them to win.

"It's really special to me to think people enjoyed watching that," he added.

"We had a lot of pressure on us in the four. We sort of played it down to ourselves so it didn't build up in our minds and we didn't start worrying about it too much.

"The morning before the race I was really feeling the pressure and we really had to win in that boat.

"It would have been a disappointment being the coxless four in Britain, and the legacy that that boat has, so it was really important for us to win."

Expert analysis, rules, history, ones to watch, how to get involved and an explanation of just why rowing is good for you